What does the body of the future look like?

What is the competition about?

How will cars be made in the future? The automotive industry is constantly pursuing the goal of becoming more efficient and continually improving its products. That is why Volkswagen want’s to know what the bodywork of the future can look like.

The joining of the body is a highly complex step in the production process. More than 600 parts made of different materials have to be connected by different joining methods. Each joining process requires its own equipment, which in addition to high investment costs additionally causes a space problem in the production halls. In the body shop for the Audi Q7, for example, 11 different joining methods are used. A multitude of different robots are used in the smallest of spaces.

To further improve this process, Volkswagen is looking for new concepts to simplify the manufactoring process and reduce the scope of joining technology.

The following guidlines should be kept in mind:

- Mass production: The process should be able to be used in mass production. Factors such as costs, cycle times and automation by robots must be taken into account.

- The finished body must undergo a cathodic dip-coating process [https://de.wikipedia.org/wiki/Elektrophoretische_Abscheidung], and can withstand temperatures of up to 200° C.

On the background information page you can find more information about the current process, the joining techniques used, the different materials and different parts that make up the bodies.

How can I submit an idea?

1. Find out about the current joining process and the technologies used in body production.

a. Give your idea a title that sounds exciting, gives the reader the feeling of wanting to know more about it and summarizing the essence of your idea well.

b. Describe your idea. The more comprehensible the idea is, the easier the community and experts at VW can give you feedback. It makes sense not to send all your ideas at once, but to submit them individually and in different variants and to develop each individually.

d. Tag your idea. Matching tags to your idea makes it easier to others to find them. (optional)

e. Share your idea with your joys on LinkedIn or Facebook. The more people see your idea, the more feedback you will get to develop it.

4. Wait for feedback on your idea and develop it further. Tip: If you help other participants, they will also be happy to help you.

What are the most important dates?

Announcement of the winners: February 2018

How are the ideas rated?

While you can get valuable input and feedback from the community through the commenting feature, the rating feature provides another clue to the quality or innovation potential of your idea. The community can rate the ideas based on the following criteria:

- degree of innovation - How novel is the idea?

- Draft - How profound was the idea thought through and worked out?

- Complexity reduction - How much does the idea simplify the complexity of the joining process?

In addition, Volkswagen experts evaluate the ideas based on the following criteria:

- Costs - How cost-effective would the implementation be? Does the idea of ??saving costs help?

These criteria will also play an important role in the pre-selection of ideas and ultimately in the selection of the winning ideas. So make sure that you meet as many of the criteria as possible.

At the end of the submission phase, the jury below will select the three best ideas in a workshop. The submitters of the best 7 ideas are invited to Wolfsburg to present their ideas. The costs for travel and accommodation are borne by Volkswagen corporation. In addition, Volkswagen will establish and award a Most Valuable Participant (MVP) with HYVE. The MVP is a person who has made a particularly positive impression through their involvement in the competition (quantity or quality of ideas or contributions, comments, etc.) and thus enriched the innovation process.

The winners will receive the following prizes: 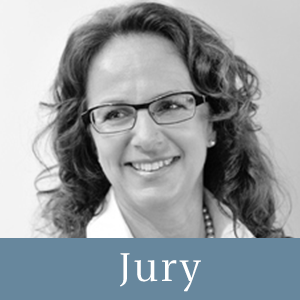 
Dr. Eng. Michaela Colla has been responsible for Industry 4.0 in the Volkswagen Group since March 2016. Prior to that, she worked for many years in leading positions in operational and strategic positions at Volkswagen in plants, brand and the Group. She started her career at Volkswagen as an international trainee in the Production Division. As early as 1998, she assumed responsibility for logistics planning at the Volkswagen Commercial Vehicles brand via functions in industrial engineering and group programme planning. With the subsequent management of logistics optimization from 2001 to 2006, she was responsible at the Wolfsburg plant for planning new vehicle projects, optimizing series production processes, information flow planning, building a logistics center and the budget for logistics costs. Since 2007, she has been responsible for various management functions relating to production strategy at both the Volkswagen brand "mach18" and the Volkswagen Group "Strategy P 2018". Michaela Colla studied economics and obtained a doctorate in mechanical engineering.


Jean Pierre "JP" Kraemer is a German presenter, entrepreneur and web video producer. It became known to a wider audience thanks to the docu-soap Die PS-Profis - Mehr Power aus dem Pott, which has been broadcast since 2009. With JP Performance, Kraemer operates the most successful German-language YouTube channel in the automotive sector with 1.2 million subscribers: JP Performance 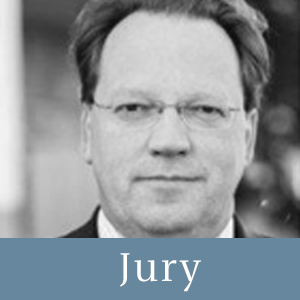 
Dr. Oliver Schauerte has been back at Volkswagen Group Research since May 2015 as Head of Materials and Manufacturing Processes. His career at Volkswagen began about 17 years earlier in Group research in the field of materials. After three years in corporate research, Dr. Schauerte developed into a team leader in vehicle development. Between 2004 and 2007, he took over management positions at Bugatti in the light-weight and axle development sector and, from 2006, became head of chassis development and aerodynamics. Between 2007 and 2012, Oliver Schauerte served as assistant to the Board of Directors for Bentley, Bugatti and Group Motorsport, and was additionally in charge of the Bugatti Individualisation. From 2012 to 2015, he was head of technology and property development for fiber-reinforced plastics at the Audi Lightweight Construction Centre in Neckarsulm. Oliver Schauerte studied mechanical engineering at the Ruhr-University Bochum, specializing in materials technology, and then obtained his doctorate in the field of titanium alloys at the Technical University of Hamburg-Harburg.


Robin is the co-founder and managing director of AtomLeap — a high-tech startup analyst, investor, and accelerator company based in Berlin. Outside of AtomLeap, he is the principal investigator of a research group that focuses on the entrepreneurial exploitation of the IoT, while his doctoral thesis focused on high-tech startups and how their complexities affect financing constraints. Prior to this, Robin studied Economics at Zeppelin University (BA), Engineering and Sociology (MSc) in Stockholm, and did his MBA in Hong Kong. He also worked in venture capital (2007), held a position an art curating office in Moscow (2009), worked for AUDI on inductive charging systems (2010-2011), and at the European Commission’s EIT Labs (2012-2013) in the field of renewable energies and 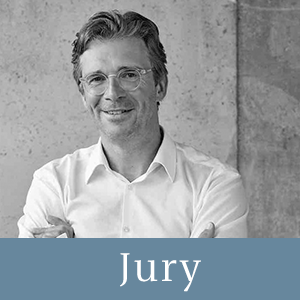 
Thomas is the co-founder and chief strategist of AtomLeap — a high-tech startup analyst, investor, and accelerator company based in Berlin. Outside of AtomLeap, he is in charge of strategy with an MIT/ Boston-based advanced automotive startup that centers around next generation mobility systems and services, advanced robotic propulsion systems, new battery chemistry, and fast charging systems. Prior to the above, after his studies of Computer Science and Economics he spent ten years in management consulting, predominantly in North America and Asia. After starting his own company and successfully selling it seven years later to a Fortune 500 company, he started building the Venture Capital business for 3M corporation. 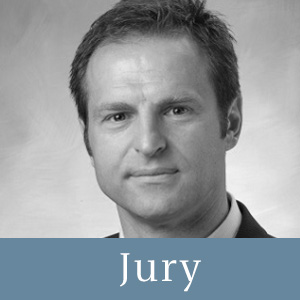 
Dr. Goede is director of technology planning and -development in Production and Logistics of Volkswagen Brand since 2011. Previously, Dr. Goede has been senior manager of new e-mobility vehicle generation in Volkswagen Group research. From 2002-2009, Dr. Goede was manager of lightweight construction in Volkswagen Group research; in the periode from 2005-2009 he coordinated the “SuperLightCar” collaborative project in 6th EC research framework. Dr. Goede studied chemistry and mechanical engineering at University of Hannover. Between 1992-2001 he worked as scientist at Laser Zentrum Hannover e.V (LZH) and was head of materials- and processing technology department at LZH from 1996-2001.